Irish Cricket captain Andrew Balbirnie has been named Subaru’s newest Brand Ambassador with Neary’s of Lusk. Andrew is a talented right-handed batsman hailing from Sandymount, boasting an illustrious career which began in 2009 when Andrew captained Ireland to the Under-19 Cricket World Cup in Canada. Since then, Andrew has gone from strength to strength and currently boasts the second most test runs for the Irish cricket team. 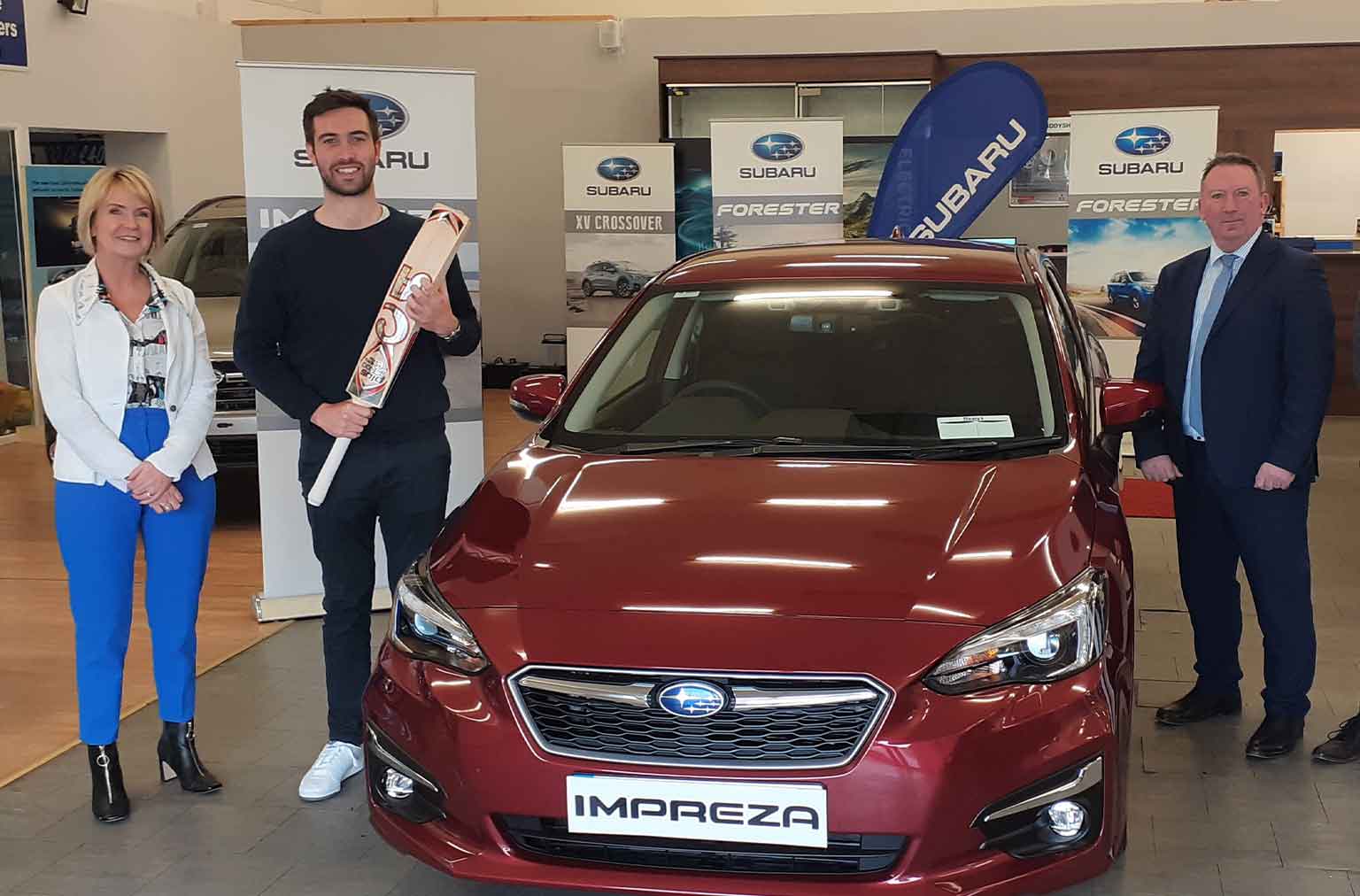 Andrew signed for Middlesex in the UK in 2014 after completing a degree at Cardiff South Wales MCC University and coming through the Middlesex academy. In 2017, he hit Ireland's third double-hundred in an outstanding Inter-Continental Cup performance against the Netherlands at Malahide to score an unbeaten 205 runs and then following it up with a half-century in the second innings. By 2019, Andrew was appointed Test and One Day International (ODI)  captain before one month later taking over the captaincy of Twenty20 International (T20I) side from Gary Wilson to become the outright Irish Cricket captain. Andrew also shares his time away from the Ireland cricket team by playing for Leinster Lightning. Last season, Balbirnie scored an unbeaten century against the North West Warriors on his home ground of Sydney Parade as he scored over 300 runs in the season. Speaking today Andrew complemented the Subaru brand by commenting “I would like to thank everyone at Neary’s Lusk and Subaru Ireland for considering me for this role as Brand Ambassador. Being a team captain brings its own pressures and given my tough travel routines, I need a car that I can rely on and get me to all my training sessions and games on time. I have been very impressed with the reliability of the Subaru brand and I’m looking forward to my time in the Subaru Impreza”.

Neary’s of Lusk are a family run business which was founded in 1982 and pride themselves on Customer Satisfaction and Customer Loyalty. Dealer Principal Leo Neary today welcomed new ambassador Andrew Balbirnie onboard by commenting “Andrew has proved himself as a well-respected and well-credited cricket player, this relates well to Subaru’s unrivaled safety and reliability so I believe this is a great match. We look forward to our future working relationship and will be supporting him through and through as captain of the Irish cricket team.”